Famous Preparations for Man and Beast

The W. T. Rawleigh Company was founded in 1889, when young Will Rawleigh disobeyed his father and “set out to make his fortune selling medicines door to door with a mortgaged buggy, an old blind horse named Bill and a rig on time payment.”

In the decades to come, thousands of “Rawleigh Men” followed in his footsteps, travelling from town-to-town in specially-built wagons. According to ubiquitous newspaper ads, the “honest, courteous gentlemen” were on a mission to peddle a “complete assortment of household necessities” including “Medicines for man and beast, Flavoring Extracts, Spices, Soaps and Toilet Articles.”

By 1922, the W. T. Rawleigh Company had more than 20 million customers and was one of the largest manufacturing companies in the world. The company carried over 100 different products, including Rawleigh’s Colic and Bloat Compound for horses and cattle. Based primarily on “cannibus sativa” and belladonna, the compound was said to offer “quick relief” for problems that were “often fatal and always costly.”

Warmland was fortunate to recently acquire an original bottle of Rawleigh’s Colic and Bloat Compound. 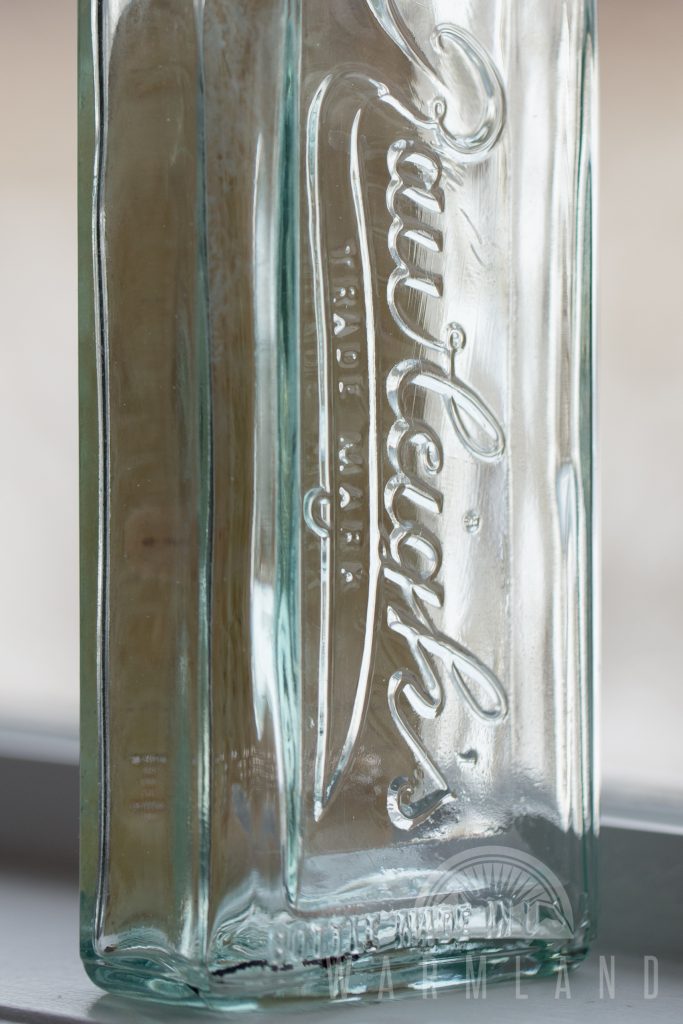